Monday I went to the cinema to see Black Panther, another film in the Marvel comics series which are leading to the Infinity War. A problem with this is that as consequence, the dramatic tension for the film is a little compromised by having Black Panther appear in the Infinity War trailer before the film. Hmmm….

Ok we know he’s going to win but come on… It’s a good film which has enough plot and world building present to fit comfortably in its duration. There are a number small plot holes but on the whole a good film worthy of a post for itself.

After the film Ross and I had a catch-up and popped into the Horseshoes in Uckington, I haven’t been there for probably nearly a year and we both got the impression the place was closed. Restaurant lights were out and the bar was dimly lit, not in a mood lighting way, just dark. It was never the lightest of bars so it seems an odd decision to make the walls a dark colour, they even have got rid of the two picnic benches under the two trees at the front for reasons unknown, having said all that the benches outside were given cushions and the beer was kept well, plus the barman was a cheerful and friendly sort. We set out the front and nibbled on some Wasabi nuts and put the world to rights.

Tuesday was a relatively straightforward day at work and I for the life of me I can’t remember what I did in the Evening. Wednesday was a VERY busy lunchtime at work, I definitely earned my crust that day.

Thursday I just chilled, caught up on gossip with Zizzy and ended up embroiled in a conversation where one participant declared “define Sex.” I’ll let you guys figure the conversation, this talk was found highly amusing by a casual member of the public called Kashim. So after the social business there I went to my home from home. It was at this moment I had realised that five days I hadn’t received any text messages. Not even Orange promotion texts… Trying to sort this out I needed to know if was merely a signal issue or if it was a phone fault. The latter could be an issue say had Sian wanted something important or there’d been an issue with Nan. However by the end of the night whatever it was had cleared as I got bombarded with 5 days worth of texts.

Friday was fairly easy going and Saturday was a long one. Early start at work and off to see some live Jazz in the evening in Shrewsbury. 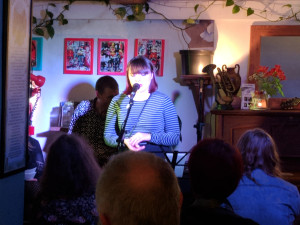 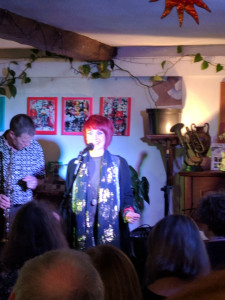 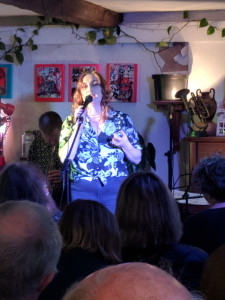 Hasn’t the weather been changeable here in Blighty. Blazing heat, rain, fog and snow in some areas, I am very concerned that the villain from a story called “The Weather Meddler” I wrote as a child is becoming real…