Another week draws to a close in the Life and times of the Sentimental Sandman of Jazz. So how has it been? Well it has been a steady affair really, nothing overly dramatic but not exactly dull.

Monday was another good day as I met up with young Heather again, this time on my own turf here in Telford. We had a nice walk about the Town Park and I showed her the Stirchley Chimney, which has only been opened to the public in the last six years or so and the old Ore Crusher in the trees. One of the few advantages of them cutting back the trees is that it is now more visible to Joe Public. We chilled for a bit in the Chelsea Flower Garden which was nice and relaxed before heading into town for lunch. We eventually settled on Bella Italia which was very nice, I have a basic Chicken Pizza for lunch and Heather had a little more complex dish because of a few dietary issues (she has IBS so tries to avoid Gluten and Cheese apparently gives her migraines, that’s not a dairy issue btw because Vegan Cheese also does the same). Spent a lot of time just idly chatting about various stuff and once again giggling about silly radio sketches (including the amazing ability of making a pastiche of Song of the South and making it even more racist!). One of things we discussed was old school Supersoakers and how my eBay bid was beaten… seriously who spends £125 pounds on a Water pistol? Heather is a bit of quirky girl and very much a gadget girl, having successfully reworked a number of Furbees and electronic Hamsters.

Once the delightful young lady was back on her way home I popped into town and purchased a few items. 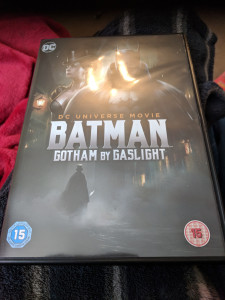 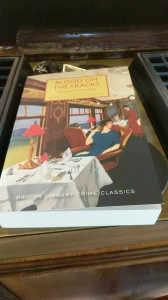 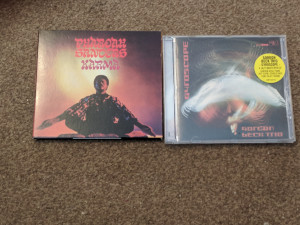 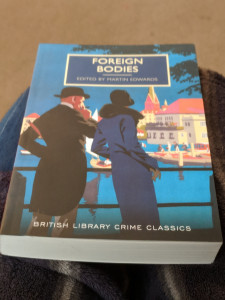 The two books are short Story Collections published as part of the British Library’s Classic Crime reissue series. They are Blood on the Tracks: Railway Mysteries which includes stories by Sir Arthur Conan Doyle, Sapper, and Dorothy L Sayers among others. Foreign Bodies is a mild deviation in that, as the name suggests, it is a collection of stories from that period from overseas writers, some of which have been translated into English for the first time for this collection. The book opens with “The Swedish Match” by Anton Chekhov, a story which I read before in a Short Story collection edited by David Stuart Davis called Shadows of Sherlock Holmes
The two albums both date from 1969. Karma is by Pharaoh Sanders, a sax player who can be best described as a disciple of John Coltrane. It is an avant-garde album and features a 35 odd minute track called the Creator Has A Masterplan which isn’t as way-out as I’d expected and does have a fairly melodic structure (and sort-of lyrics), the second track is about 6 minutes long. Since this was originally an LP I wonder how splitting the opening track went as it’d have to break off about the 20 minute mark. Gyroscope is by British pianist Gordon Beck and is a trio album which appears to have been influence by the works of avant-garde pianists such as Cecil Tyler.
The film is Batman: Gotham by Gaslight, part of DC’s animated range and as the title suggests pitches Batman against Jack the Ripper, the young lady on the counter advised me it is very good choice.

My final purchase was a pocket Saxophone, this is as the name suggests is a small saxophone similar in shape to a Soprano Saxophone and/or a Clarinet. It comes complete with a proper Alto Sax mouth piece and a couple of plastic reeds. The figuring is not the same as a Sax and the lack of pearls means that playing it is a cross between a clarinet and a recorder. It takes a bit of getting used to as you need to keep the holes completely covered or else you get squeaks, also regulating the breath flow takes a bit of time but it is pretty good. Tone wise it sounds like a more cross between a sop sax and a clarinet. 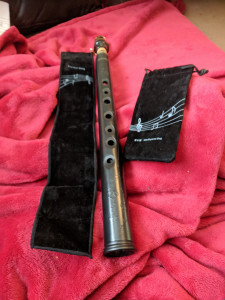 Upton Jazz festival is under a month away now, something good to look forward to eh? I believe it is going to be more about the town this time around but we shall see how this goes. The Line Up of Bands seems quite interesting with quite a mix of players and styles.

That’s all for now, my Cuba diary will continue don’t you worry.