This day was very much a day of two parts thanks to a mix up with an appointment Heather had in the afternoon. This meant our original plan, to go to Blist’s Hill Open Air Museum was to be changed as Blist’s Hill is more of an all day affair. So with this in mind we decided to do to the Museum of Iron and the Darby Houses down in Coalbrookdale.

As the name implies, the Museum covers the history of Iron production and use in the UK from Roman Times through the ages up to the Industrial Revolution with some rather interesting items along the way. While very interesting it is a bit word heavy and probably requires a couple of visits to fully benefit from the place. One of the highlights is the remains of a blast furnace used during the Industrial Revolution and while there are several remains around Telford, I think this one is one of the most complete. The main body of this is housed with a big glass pyramid structure.

The Darby Houses were the original houses bought by Abraham Darby for his family and they are under restoration to being them back to their former glory. The houses are run by volunteers, one of looks as if she might have come from the 18th Century! The rooms to see in the first house are the study and the living room, the latter of which had various bits of literature about the Darby family and their connection to the Society of Friends (aka the Quakers) and how the daughter went across to the States to visit Quaker societies, no mean feat considering the time period.

The second house, the Rose Ville house is mostly intact and the various rooms showcase different set ups including the youngest daughters bedroom. Interestingly enough it appears that Heather’s secondary school has some connection with the Darby houses and there was a small newspaper article in part of the museum.

After visiting the Darby Houses, we popped briefly into Enginuity and the Fab Lab as Heather had something for the 3D printer guys to do before I dropped Heather off for her appointment. While this was taking place I popped into Shrewsbury to have my hair cut and grab some lunch. However just as I was about to order a pub lunch I got a message from Heather her appointment was over, so I went to Taste instead. Taste is a small sandwich shop which Heather frequents a lot and she is quite well known there and no doubt I too will become a familiar face there. I bought a Coronation Chicken Jacket Potato and Vanilla Latte to go and went off to collect Heather for the next part of the day which was a nice gentle stroll up Nescliff hill, a place which has special significance for Heather as she spent many happy times there as a child. It was a nice late afternoon stroll and I total deny having a go on an old rope swing at the top. On the way back Heather showed me her old school and told me a few tales of her school days. What did surprise me is that Heather used to cycle to Nescliff from her house quite frequently, ok it is only 7 odd miles but it still surprised me.

All in all another good day out. 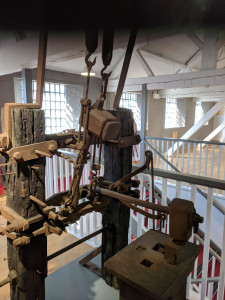 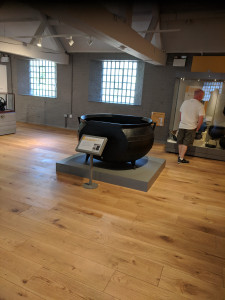 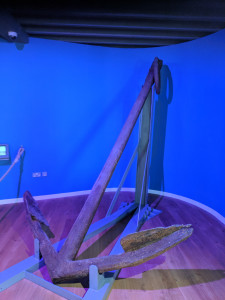 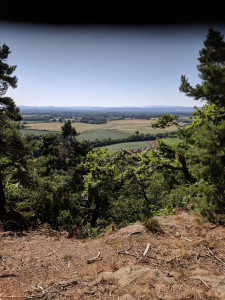