Over the past few weeks I have been slowly adding to my music, books and film/TV collections.

To celebrate 50 years of the Thames Television company, Entertainment publishing group Network put a sale on all the DVDs and Blu-rays which Thames produced shows and as such I took the opportunity to purchase both volumes of James Mitchell’s gritty 60s/70s spy series Callan which stars a pre-Equilizer Edward Woodward as the titular character with support from Russell Hunter as Lonely, Peter Bowles and Anthony Valentine as Toby Meres and a young Patrick Mower as Cross. I haven’t watched any of it yet and it will probably linger unwatched for ages, however I have heard good reports about it from like-minded friends such from various genre-TV forums and groups. I also purchased the Jack the Ripper mini-series from 1988 starring Michael Caine, Lewis Collins, Jane Seymour and Ray McAnally. I caught the second half of this when repeated on Channel 5 when it was first launched and had yet to establish itself as a channel (previously Channel 5 was nicknamed Channel Filth due to “documentary” series on the Adult Entertainment Industry and dodgy soft-core movies usually starring Shannon Tweed. The channel was very popular with teenage boys…) and it was very entertaining and it is pretty much a Who’s Who of Britain acting talent of the 70s and 80s. It’ll be nice to see it again and to see Lewis Collins in a role which isn’t a Bodie clone. I also picked up a copy of the complete Batman: The Animated Series which was an early to mind 90s cartoon which was a sort of halfway meeting between the Child friendly antics of Adam West’s Batman and the darker more serious and, dare I say adult approach of the Tim Burton movies. 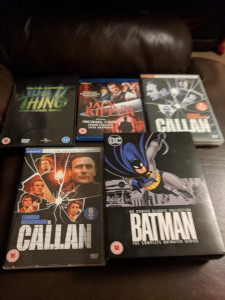 I also noted with interest that the Thames Quatermass serial was available on Blu-Ray but was sold out, not that it affected me as I bought the Blu-Ray a while back to replace the not very good DVD released about 15 years ago (the sound was so low you had to turn the volume up really high to hear it…. and of course you forget when you switch back to normal TV) but it is interesting that it was in high demand. In fact it was semi-trending on my Twitter feed… evidently people are looking into seeing what post Brexit Britain will be like.

Also I have been indulging a bit on eBay filling some of the gaps in my Doctor Who original novels collection and have now completed both the Timewyrm and Cat’s Cradle series and gained a few other novels I was after and a few reference books which where part of the bundle. 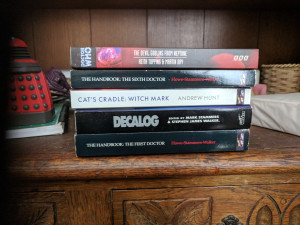 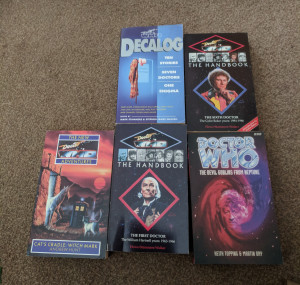 More things bookwise were 3 for £5 bargain I found in the Works which include Mr Standfest by John Buchan, Unnatural Death by Dorothy L Sayers and novel by Edward Marston which looks like it will be a railway based mystery. You may recall not so long ago that I mentioned that the British Library had issued a couple of classic Science Fiction short story collections, well it seems that a range might be starting as I purchased a copy of the wonderfully titled Four-Sided Triangle which was written in 1949 and made into a film in the 1950s by Hammer Studios starring future Navy Lark lead Stephen Murray. The novel itself deals with the concept of cloning and utilises this in a classic love triangle set-up, hence a four sided triangle, no doubt it doesn’t end well. I do have the film but never really got around to watching it, I probably should do but I think I will wait until I finish the book. 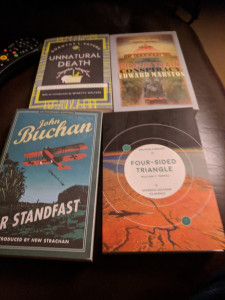 Finally music: I have decided to expand my Pharoah Sanders collection and purchased some Twofer CDs from his Impulse catalouge, so there should be spme happy listening ahead for me. Possibly not for my neighbours though hahahahaha…. 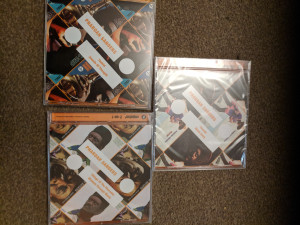 And Finally
No Cheating.
Name three fish whose names begin and end with the letter K